Beneficial Insects For Your Organic Garden

Much frustration comes from garden pests, you work hard tending to your plants from seedling and then these little buggers ruin all your hard work before you get to reap the rewards.

Perhaps my biggest obstacle when I converted to organic gardening was pest control. Fertilizing, soil care, picking the right seeds were a bit more work, but still fairly reasonable tasks.

After my first season battling with these pests unprepared, I spoke with local farmers and searched the web for answers to keep my garden chemical free.

Why not use pesticides?

The most important reason for me is health. I certainly do not want to consume poison or contaminate my soil or ecosystem. I go into the benefits of organic gardening in garden organic, So I won’t list all the health issues attributed to these chemicals. But think of this pesticides kill indiscriminately, not only the bad bugs but the good ones as well completely disrupting your gardens little ecosystem.

Pesticides are also getting quite expensive due to regulatory compliance they have to go through, wich makes all natural solutions all the more appealing.

Most beneficial insects can be enticed into your garden by mixing particular flowers and herbs throughout your garden , or you can buy them inexpensively online or at your local garden shop.

Personally I prefer the former as it keeps them happy and in your garden!

Not sore on the eyes these little ladies have a voracious appetite and will consume many soft-shelled insects. Their favorite treat however is Aphids and will eat up to 5000 in a lifetime.

Flowers such as Dill and Angelica can attract the ladybug to your garden.

Perhaps it’s the little boy in me, but the praying mantis is perhaps my favorite garden insect. These fascinating predators will devour any pest in its way and unfortunately that includes some beneficial insects as well.

I generally start out by buying two or 3 eggs from my local garden shop, each egg can hatch roughly 50-250 mantid’s. Once I have the egg I place it in a brown paper bag secured by clothes pins and set it on the window sill (full sun) for up to 6 weeks. Once the eggs hatch I disperse the nymphs among the plants in my garden.

The Praying mantis will complete one life cycle per season, The females will lay one to 5 eggs on bushes or flowers and die shortly after. Each egg is very hardy and will survive the subzero temperatures in winter to hatch the following spring.

This beneficial insect for your garden can be used to control many  pests, although the adult lacewings does not in fact kill other insects, its larvae is known for its voracious appetite.

The green lacewings larvae share an appearance similar to that of an alligator with pincers that they use to grab their prey and inject a paralyzing poison as they suck out the bodily fluids. Their diet consists of many soft body pests such as: aphids, citrus mealybugs, cottony cushion scale, spider mites, thrips, caterpillars, insect eggs, etc.. However if there are no other food sources they will become cannibalistic, so be sure to release them in a pest infested area as they mature they will consume up to 200 pests a week for three weeks.

As it names implies the Mealybug Destroyer thrives on large mealybug populations and is used by the citrus industry for complete control of mealybug infestations.

A much more effective and safer alternative to harsh and expensive chemicals, this little brown beetle has a voracious appetite for all stages of mealybugs as well as aphids and other soft scale pests.

The female Mealybug Destroyer will lay her yellow eggs among the cottony egg sacks of mealybugs, hatching within five to six days. The larvae will feed on the eggs and young crawlers for twelve to seventeen days until pupation occurs, and the adults will emerge after seven to ten days and have a lifespan for two months. Typically there will be four generations each year.

Best released in early spring at dusk near a mealybug population, at a ratio of two to five destroyers per infested plant.

Assassin bugs use trickery, disguises and in groups brute force to take their prey down hence the name. Some use camouflage such as debris, dust bunnies and insect carcasses to disguise themselves from unsuspecting prey.

Others will use modified body parts or behaviors to attract prey as well. Essentially the assassin bugs will do whatever it takes to catch its victim.

The  Assassin bug will use their front legs that are hairy and sticky to grasp their prey and use their saliva to paralyze them. Normally they hunt invertebrates but have been known to attack vertebrates as well.

One word of caution when handling these guys is that they will bite if feeling threatened.

As their name suggests these beneficial insects are a mere 1/16th long. But don’t let their size fool you, they will devour a variety of arthropods including aphids, chinch bugs, springtails, plant bugs, thrips, eggs and small larvae of corn earworms, whiteflies, spider mites.

The Pirate bugs insert their sucking mouth into it’s prey and removes all their bodily fluid, be warned also these little guys will also bite humans in the later stages of summer.

A nocturnal creature that can usually be found hidden under a rock during the light of day.

Like all beetles, Carabids undergo metamorphosis with four stages of development: egg, larva, pupa, and adult. The entire cycle, from egg to reaching reproductively, takes a full year in most species.

It is however the larvae that handles the majority of pest control as they mature in the soil they will feed on slugs, root maggots, nasty cutworms, and other pests on the ground.

Like the Ground Beetles the larvae does most of the heavy lifing when dealing with insects, But the adult Syrphid Fly will also pollinate your flowers!

Also called the Hover Fly they look remarkably like a honey bee and will hover above your plants feeding on pollen and nectar. The Larvae will crawl along the plant-eating aphids and other soft body insects.

They look like the common house fly but females will lay their eggs by the host subject or stick their eggs to them.  The parasite then will either be ingested or penetrate the host’s body and the larvae will eat the host inside out.

Now I normally hate wasps but these beneficial insects will kill a lot of nastybugs in your garden.

The females will lay their larvae in an unsuspecting host and as the larvae matures it will eat its way out of the host, including hornworms, caterpillars, beetles, aphids, squash bugs and stink bugs.

Great if you grow a lot of tomatoes, they are attracted to nectar plants.

The Beneficial Nematode is a genetically diverse organism that occupy varied environments. Microscopic, unsegmented round worms that live in the soil and, depending on the species, infect plants and animals.

The most commonly used beneficial nematodes are Steinernema carpocapsae, S. feltiae, and H bacteriophora. Nematodes that are endoparasites of insects attack a variety of agricultural pests.

The life cycle of beneficial nematodes consists of eggs, four larval stages and the adults. The third larval stage is the infective form of the nematode. They search out susceptible hosts, primarily insect larvae, the juvenile nematodes commonly enter the insect host through the mouth, anus or breathing holes. The juvenile form of the nematode carries bacteria in their pharynx and intestine. Once the bacteria are introduced into the insect host, death of the host usually occurs in 24 to 48 hours.

Parasitic nematodes are beneficial for several reasons. First, they have such a wide host range that they can be used successfully on many insect pests. The nematodes’ development, which does not rely on specific nutrients, allows them to infect a large number of insect species.

Spiders are a great at controlling pest outbreaks, and most of the spiders you meet in the garden do not have any ambition into moving into your home.

perennial plants and straw mulches will attract them to your garden.

Dragonflies are beneficial as they eat flying insects, particularly midges and mosquitoes. They also will eat butterflies, moths and smaller dragonflies.

Although mostly found near ponds and streams, dragonflies are very skilled fliers and can fly many miles from where they live near the water. But before you fill in that pond or marsh think again!

One of the benefits of having dragonflies live nearby is that they eat many times their weight in mosquitoes every day. Dragonflies also eat many different kinds of flies. Using their legs, adult dragonflies can actually catch and eat other bugs while they are flying.

The spined soldier bug likes the shelter of perennial plants near a garden.

As I said earlier you can buy many of these at your local garden shop or even online,

But I would recommend devoting 5 percent to 10 percent of your garden to plants that attract beneficial Insects. Plants that fit the profile include such cultivated species as fennel, coriander and mints, or native plants, which consistently are abuzz with little wasps and flies.

Just because you releases them doesn’t mean they will wait around forever if they have nothing to eat. So, it’s important to have plants that will support the beneficial insects throughout the season, which means having different plants coming in and out of bloom all summer.

Native plants to which insects are partial tend to be big perennials, shrubs or vines. These plants are easy to use in hedgerows or along woodland edges. In addition to outfitting your farm or garden with permanent beneficial borders or hedges that include these long-lived plants, you may want to join strips of flowers that attract beneficial into large swaths of cultivated space, or even planted containers.

Cover crops, including grains and grasses, which host ground beetles; buckwheat, a favorite of many beneficial bugs; and nectar-rich wildflowers and sweet clover can help target particular pest problems, just keep an eye out and see what the needs are for your garden.

My Self Sufficient Living 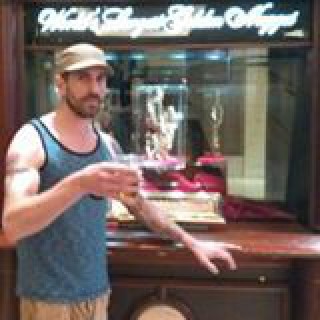 I have been a retail slave for over twenty years now, and I am starting to refocus on blogging and providing original content to our loyal readers!